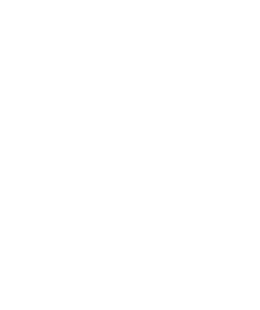 The End of Worlds Adrift

Worlds Adrift was closed on 9PM BST on July 26th. The world of Foundation is no more. We’d like to thank every Traveller who joined us on this journey through the skies. For more details on the closure of Worlds Adrift please look at our Q&A below.

Why did Worlds Adrift shut down?
Making such an ambitious game was always going to be a challenge and we love the game we’ve built together with our community. However, Worlds Adrift did not capture the imagination of as many people as we needed to make it commercially viable.

When did Worlds Adrift shut down?
Worlds Adrift closed on 26th July 2019 at the culmination of our End of the World Party, an-in game event and studio livestream.

What has happened to my character/stuff?
All characters, ships and items are no longer accessible as the servers have been closed.

Can I get a refund?
You are eligible for a refund if you purchased Worlds Adrift on the Steam Store between the dates of April 29th 2019 and our announcement on May 29th 2019.

I purchased something from the Worlds Adrift Item Store. Can I get a refund for it?
All in-game purchases made since the store launched in Update 29 have been refunded. Please contact us if you believe your refund is missing.

What about all your other games? What are you working on?
Bossa is a games developer and publisher. We always work on at least three projects in parallel. We have multiple other unannounced titles in development at this time. You can sign up here to be informed any time we have big news.

Can I still use the Island Creator?
The Worlds Adrift Island Creator will remain live but it will no longer be possible for players to bring their creations into the game.

Why didn’t you make the game Open Source?
Worlds Adrift is built with third party tools, plugins and licensed code we cannot share or open source ourselves. Without these the game doesn’t run nor compile. Going over and removing all these instances is a huge undertaking we cannot commit to.

Can you make the game P2P or allow player servers?
The network of Worlds Adrift is built on top of SpatialOS, a proprietary tech. Worlds does not run without it, nor can it be hosted outside of SpatialOS’s infrastructure. This requirement prevents us from making it P2P or allowing players to host their own servers.

Why don’t you sell the game to someone else?
If we believed there was a way to keep the game running even while making a small loss, we would do so. For a third party company to run Worlds Adrift they would need to make a profit or at least break even. That’s not a state the game finds itself in.

Is there anything I can have to remember Worlds Adrift by?
We have made the Worlds Adrift OST and Art Book available for free download here. Feel free to share them far and wide.

I have a question that’s not answered here. Where do I go?
Please contact us via our support site with any further queries.

By using our website, we'll assume you're happy for us to use cookies. Find out more here.